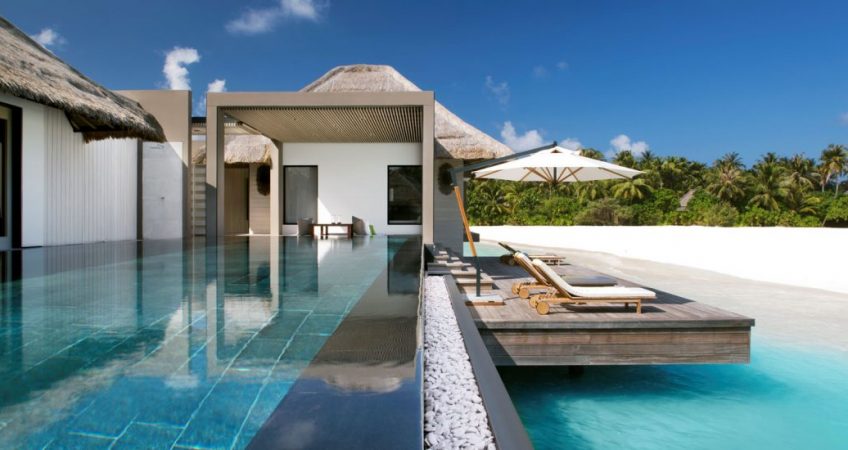 October 2012, COLOMBO — Cheval Blanc, the luxury hospitality brand developed by Louis Vuitton Moët Hennessy (LVMH) Hotel Management is developing a resort in the Maldives on the island of Randheli on Noonu Atoll. With 46 villas, the LVMH property is scheduled to open in 2013. This is LVMH’s second tourism property after the Cheval Blanc Courchevel opened in 2006 at the French ski resort. Trade Promoters Limited has been selected to supply Cummins Power Generation (CPG) generators to supply power around-the-clock to the upcoming Maldivian resort.

“Cummins Power Generation matches the right generator set, transfer and control technologies to power a client’s needs. With our pre-integrated onsite power systems, all the components are designed to work together as a whole. Especially when you need generator power 24 hours a day, it is important to pick a product known for its reliability and long life. Cummins Power Generation generators are known to run almost twice the number of hours, i.e. time before overhaul, compared to most of its competitors,” said Rohan M. Fernando, Chairman of Trade Promoters Limited.

Established in 1976, Trade Promoters has secured international contracts in Africa and The Maldives to design, supply, install and commission generators and switchgear. In Sri Lanka, TPL has contributed to the development of the country’s infrastructure, its buildings, and its manufacturing capability. The company has supplied Cummins Power Generation power solutions for the Bandaranaike and Mattala International Airports, for key government office spaces such as Sethsiripaya and the Hambantota Administrative Complex, and for landmark buildings such as the Central Bank of Sri Lanka, Bank of Ceylon, World Trade Centre and Havelock City.

TPL has supplied critical power to several leading hospitals including Hemas Hospitals, Nawaloka Hospital, and Lanka Hospital, to a number of mobile service providers to power their transmission towers, and to leading supermarkets countrywide. It has also powered the HSBC data center, Millennium IT, and Orion City IT Park which houses Virtusa.

In the garment industry, TPL is the preferred supplier to Brandix and has also supplied standby power to many of the world-class factories run by MAS, The Hirdaramani Group, and Timex, to name a few. The company has successfully completed several hotel and apartment projects with John Keells Holdings and other leading developers, and supplied power to giants in the manufacturing sector such as Ceylon Biscuits (Munchee), Ceylon Cold Stores, Lion Brewery, Trelleborg, and Loadstar.

In addition to distributing products developed by Cummins, TPL is also the sole distributor in Sri Lanka for Schindler (elevators and escalators), and Costec (fully-automatic car parking systems).